NOTE FROM MARY: This is the first post of a four-part series related to the WCAG 2.1 Guideline Success Criterion 1.2.6 Sign Language (Prerecorded) (Level AAA). Though not currently required, adopting Level AAA guidelines now and going forward can provide a better user experience for persons with disabilities.

Even though there is no archeological proof of when people first developed hearing loss, scientists claim that Deaf history started at the beginning of mankind.

Deaf people are often credited for gesturing early human language by pointing and signaling “come here”. Their grunting eventually evolved into communicable speech. Throughout history, anthropologists believed that spoken language evolved from gestures and signs that were created millions of years ago.

Deaf people created sign language as a visual-gestural, nonverbal language to express their feelings with their bodies. It is important to remember that sign language is not universal. There are hundreds of dialects around the world. Sign language’s grammar involves signers’ eyes, face, head, body posture, hands, and arms.

“Deaf” vs. “Hard of hearing” – what is the difference?

Throughout history, the Deaf World has been composed of deaf and hard of hearing individuals with common identity, interaction, values, customs, experience, and information. But how are ‘Deaf’ and ‘hard of hearing’ defined?

Deaf people cannot hear many sounds because their ears do not work well.

Therefore, hearing aids do not usually help. However, not all deaf people are born deaf or have the same degree of hearing loss. Some who cannot hear have good speech, while others prefer to sign or write.

In contrast, hard of hearing people can hear some, but not all sounds.

Hearing aids are often helpful, even though they cannot hear everything. Some have good speech and understand many words, while others only understand a few words and do not speak clearly. Both deaf and hard of hearing people are considered ‘hearing impaired’ because of their hearing problems, but they would rather identify themselves as deaf or hard of hearing.

Martha’s Vineyard, Massachusetts is one of the oldest and largest American deaf communities 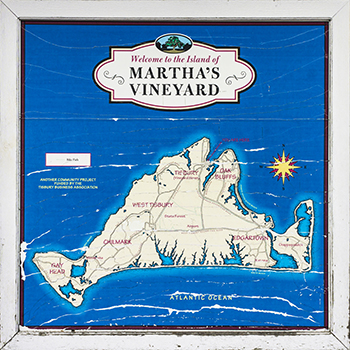 Signing in the United States has dated back before the 1600s. At the time, deaf people who were poor farmers living in eastern England migrated to Martha’s Vineyard, Massachusetts, which is home to one of the oldest and largest American deaf communities. By 1880, one in nearly 6,000 U.S. residents was deaf.

However, in Martha’s Vineyard, the statistics were higher – one in about 155 people. Here, Islanders created a signed language for both hearing and deaf people and treated deafness as a difference instead of a disability. As a result, geography, attitude, and access to communication sustained the Martha’s Vineyard signing community. Martha’s Vineyard Sign Language was likely absorbed into current-day American Sign Language. 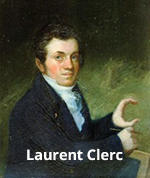 ASL originated from French Sign Language when Laurent Clerc, the first deaf teacher for the deaf in America, promoted deaf education and trained teachers how to educate deaf students. He could read, write, and communicate in sign language.

He initially taught in French sign language, but his literacy skills in French and English proved that deaf people could be educated around the world. After Gallaudet University, the first permanent institution for the education of the deaf in Washington, D.C., opened in 1864, more schools for the deaf opened in D.C. thanks to the Gallaudets, Clerc, and other educators for the Deaf.

The first permanent school for the Deaf

In 1817, Clerc, along with Dr. Mason Fitch Cogwell and Thomas Hopkins Gallaudet, founded the first permanent school for the Deaf, the Connecticut Asylum for the Education and Instruction of Deaf and Dumb Persons, which still stands today.

Thomas Hopkins Gallaudet was inspired to educate deaf individuals when he realized Dr. Mason Cogswell’s deaf daughter, Alice, learned to write HAT in the mud and point to his hat. He was convinced that she could learn just like hearing children.

After learning the manual alphabet from Abbé Sicard’s Theorie des Signes, he taught Alice and many other children to sign and fingerspell. Throughout his life, Gallaudet advocated for secondary and postsecondary education for the deaf. He helped open the first permanent school for the deaf in America and helped many states establish schools for the deaf. Gallaudet University was named in Gallaudet’s memory.

BIO: Emma Mankin is a freelance blog and technical writer located in St. Augustine, Florida who specializes in explaining technical topics so that they are easy to understand. She holds a B.A. in English with a minor in American Sign Language from George Mason University. Email Emma. 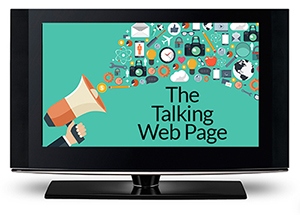 Read about how a chance meeting between Mary Gillen and her neighbor John lead to a new idea that can help others with low vision. 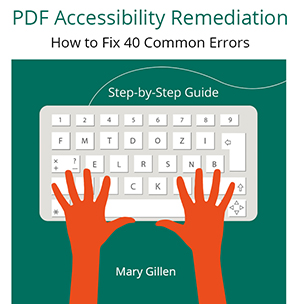